The Message and The Messenger

Listen to your heart, not what other people say.

In Mark 11:12–24, Jesus reveals how miracles work. The sole requirement is that one believes. But Jesus includes a caveat: be aware of the reasons that cause you to doubt. Those reasons boil down to what others say, how others treat you.

In short, listen to your heart, not what other people say.

In Matthew 13, Jesus reveals the difference between hearing with the head, and listening with the heart. It's one of the cleverest things ever written, second only to Genesis 3.

Previous churches taught from the Evangelical perspective, that only those who accepted Christ in their hearts would understand the parables. Those who didn't hear are those who rejected Christ.

This is an easy misinterpretation to make because what the entire chapter of Matthew 13 does is cleverly reveal everything about the listener's reaction. How you feel about this chapter says everything about you, not the message and the messenger.

Those who arbitrarily separate the message from the messenger deceive themselves and do so by listening to what others say and how others treat them.

In verses 11–17 Jesus reassures his disciples that by virtue of following him they sensed something about him that drew them to him. It wasn't that he was the Son of God - he always claimed that he was the Son of Man in order to thumb his nose and flip the bird at the Pharisees who who oppressed their fellow Jews with rules upon rules and taxed those who disobeyed (sin tax). It was because Jesus spoke from the heart. He was one of them. He understood Love > All Else.

He understood the power of the love is to do unto others and reject the way others treat you.

Previous churches taught that these verses justified their authority in all matters related to Christianity. Obey those who are in power. This is how, once again, those in authority cause people to stumble because what this amounts to is hypocrisy which always boils down to do what I say, not what I do.

For a religious authority to avoid hypocrisy they have to give up their lucrative ministry and live out the greatest command to love their neighbor as themselves. You can read what those commands are in Leviticus 19:9–18.

In short, do unto others as you would have them unto you.

These 11 religions say that same thing in slightly different ways.

Hurt not others with that which pains yourself.
Udana Varga 5:18

All things whatsoever ye would do that men should do to you, do ye even so to them: for this is the law and the prophets.
Matthew 7:12

You shall not take vengeance, nor bear any grudge against the children of your people, but you shall love your neighbor as yourself: I am the Lord.
Leviticus 19:18

(Note: Jesus was quoting this verse. The phrase ‘I am the Lord’ indicates the seriousness that one should give to each command in Leviticus 19:9-18.)

Is there anyone maxim which ought to be acted upon throughout one’s whole life? Surely the maxim of loving-kindness is such. --Do not do unto others what you would not they should do unto you.
Analects 15:23

What is hurtful to yourself do not to your fellow man. That is the whole of the Torah and the remainder is but commentary. Go learn it.
Talmud. Attributed to Hillel

This is the sum of duty: do naught to others which if done to thee, would cause thee pain.
Mahabarata 5:1517

In happiness and suffering, in joy and grief, we should regard all creatures as we regard our own self, and should therefore refrain inflicting upon others such injury as would appear undesirable to us if inflicted upon ourselves.
Yogahastra 2:20

As thou deemest thyself so deem others. Then shalt thou become a partner in heaven. Kabir.

That nature is only good when it shall not do unto another whatever is not good for its own self.
Dadistan-i-dinik 94:5

Everything else in religious texts is commentary. When one removes the construct of a deity from religious texts they read as documentaries of people treating each other, most often poorly due to epigenetic fear.

Matthew 25:31–44 reiterates the importance of taking care of people. It begins with taking care of yourself by tuning out the outside noise. To love your neighbor you have to love yourself. How do you want to be treated if you were in that other person's situation? Do you judge? Or do you help them?

Like the Pharisees before them, Evangelicals tend to judge, confusing their roots as fruits, believing that because they are saved that the welfare of the 'unsaved' is not their responsibility. This is what they have consistently taught, and it has consistently led to self-judgment, which then brings them once again before Christ and ask for forgiveness for their sins. They will try better from here on out.

That's sowing and reaping judgment. That's the fruit one always expects by listening and believing what outside noise says from within the church.

Disclosure: I'm legally deaf. With a powerful hearing aid in my 'good' ear, I hear most everything but voices are not clear, a jumble of vowels. Without the aid I enjoy complete silence.

I attended Bible School at Cottonwood Christian Center in Los Alamitos. Pastor Larry Matteson first brought Matthew 13:9 to our class's attention. "Peter is deaf. Can he hear the word of God?"

Hi point: there's a huge difference between hearing with your head that full of outside noise versus listening to you heart. This was pointed out in 1 Kings 19:11–2.

Those who listen with their heads attack the Messenger for the sole purpose of having control and thus pushing human interaction from compassionate action to a transaction. This results in arbitrary authority based on fear which naturally becomes transactional in the form of obedience. Thus, attacking the Messenger separates the believer from believing in theirselves-the Message-to the empty rote of obedience.

This became organized and institutionalized into what we call 'religion'.

Back then attacking the Messenger was barbaric. The penalty for disobeying the God of Love (!?) was often death by stoning which essentially resulted in burying offenders alive under a pile of rocks from which they couldn't move.

The Romans hung people from crosses for decades before Jesus arrived on the scene. The Message from Jesus directly contradicted hundreds, if not thousands, of years of of fear-mongering by the sect that became known as the Pharisees and the slightly more tolerable Sadducees. His message cut into their profitable sin tax enterprise. His miracles were an all-out assault on their livelihood as evidenced by healing the paralytic of Capernaum. (Mark 2:1–12).

The Rabbinic ideology of obedience above all else is on full display as Jesus ruthlessly attacks it. If you read Mark 1–12 objectively (without outside influence such as the contemporary Pharissean perspective known as Evangelical Christianity) you'll see the rabbis who witness the miracle identify as authorities of God, whereas Jesus identifies as the Son of Man, meaning human.

Today people are stoned by digital technology and hung on digital crosses known as Cancel Culture which appears to be an extension of the transactional obedience that led the Jews to demand the death of Jesus.

Now as then, this ideology transactional obedience is elevated to such a degree that rational discourse of how beliefs work has yet to happen.

Academia is not open to discussing how beliefs work because there's 2,500 years of marginalizing the role of beliefs by Philosophers. Seminary won't discuss it because all you have to do is believe in Jesus and the rest takes care of itself somehow.

But that's not what any part of the Bible says.

The Message is clear: do unto others as you would have them do unto you.

With anything that you read or hear, beware of believing what institutions say about it. 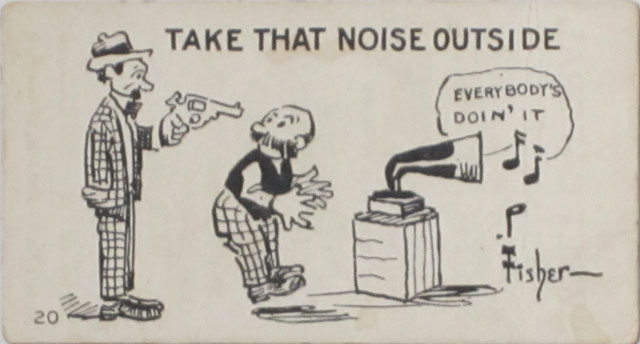 Tune out all of the outside noise.