Religions are ancient beliefs trapped in an ancient culture and its attendant language. Because beliefs perpetually self-reinforce so does the language used to communicate the belief. Geological evidence is shining light on two prominent events in the Bible that are attributed to acts of God.

The first one involves the destruction of Tall el-Hammam in the Jordan River Valley. In the Bible it’s known as Sodom. The geological evidence shows the destruction was most likely caused by an cosmic airburst which are indistinguishable from a nuclear bomb.

The second one involves a global cataclysm that every culture around the world mentions: The Great Flood. In the Bible it’s told as the story of Noah’s Ark. 50 years of research done by Dr. Bill Napier and the Comet Research Group exonerate God as the cause of the Flood, pointing to the breakup of a comet which continues to this day. It's known as the Taurid meteor shower.

Okay, but how did that create a Flood? The answer is right under our feet buried in ancient megalithic structures with visual messages of the stars.

For a rational forensics of this global catastrophe and all of the megalithic structures that are associated with the aftermath, be sure to watch Ancient Apocalypse on Netflix. It contains the relevant details about where the Great Flood originated and why definitive proof has remained elusive.

It’s astounding how 500+ years after Galileo that Science rejects science because it doesn’t fit into archaeological beliefs. Religion likewise rejects the evidence on grounds that it doesn’t fit into theological constructs surrounding the nature of God (its conclusion rests on "the inerrancy of Scripture" which is a belief that is used to discredit those who don't adhere to the belief, facts be damned).

Everything is truly stated, but not everything is a statement of truth. Beliefs cause one to think that everything they think is truth, and to believe that everything one thinks is truth. I call this ‘circular singularity’ or ‘personal blackhole’ from which no light can escape; this is what I mean by ‘self-reinforcing’ as that’s what beliefs do regardless of any other consideration such as ‘it’s in the Bible’.

The arguments for and against Tall el-Hammam being the city of Sodom, and whether God or a cosmic airburst destroyed a city are truly stated. Geological evidence would reveal the truth which is subject to interpretation of the evidence according to 2 differing belief systems.

Who today would understand the context and culture surrounding the original language from 6,000 years ago? After all, people still believe that Eve believed the lies of a talking snake and that somehow has a direct affect on their beliefs and behavior thousands of years later.*

I must ask: what kind of deity would create a world in which every 13,000 years or so creation is destroyed again?**

In Hindu mythology there are cycles of creation and destruction of the universe. A meteor that wipes out life also delivers organic material to reseed life. I read that as a statement of fact that doesn’t need to be attributable to a deity.

*Literally and figuratively humans are what they believe. That’s because beliefs self-reinforce instantly. Whatever you believe self-reinforces instantaneously.

**Deities are always portrayed as powerful and without that attributed power they cease to exist literally and figuratively. Thus they exist as manmade creations in order to mansplain the unexplainable. This belief is propagated via self-reinforcing beliefs (there is no other kind as all beliefs self-reinforce) and over time becomes more organized into a form recognized as Religion.

When you attend college or university, you’re taught what to believe and you’re told the parameters of those beliefs. Anything that falls outside of those parameters automatically invites various degrees of skepticism and in some cases ruins people’s credibility.

If those people whose work exists outside the accepted parameters are right, what’s the harm of taking a second look at their message? Debate the facts instead of staying in the cave of one's beliefs — what if Graham Hancock and other marginalized researchers are right?

In the case of Ancient Apocalypse, with the help of sophisticated technology, one can take physical archeoastronomical evidence and rewind the position of the stars to match the evidence instead of just dismissing it as incorrect.

“Our notions of the past are the foundations on which we imagine our future. But what if important beliefs that we presently hold about our own ‘prehistory’ are incomplete — or just plain wrong?” Alternatives says in a description of the event. “In the light of recent archaeological discoveries, and compelling new evidence of a global cataclysm at the end of the last Ice Age, Graham Hancock offers a radical rethink and makes the case for an enlarged vision of the past.” 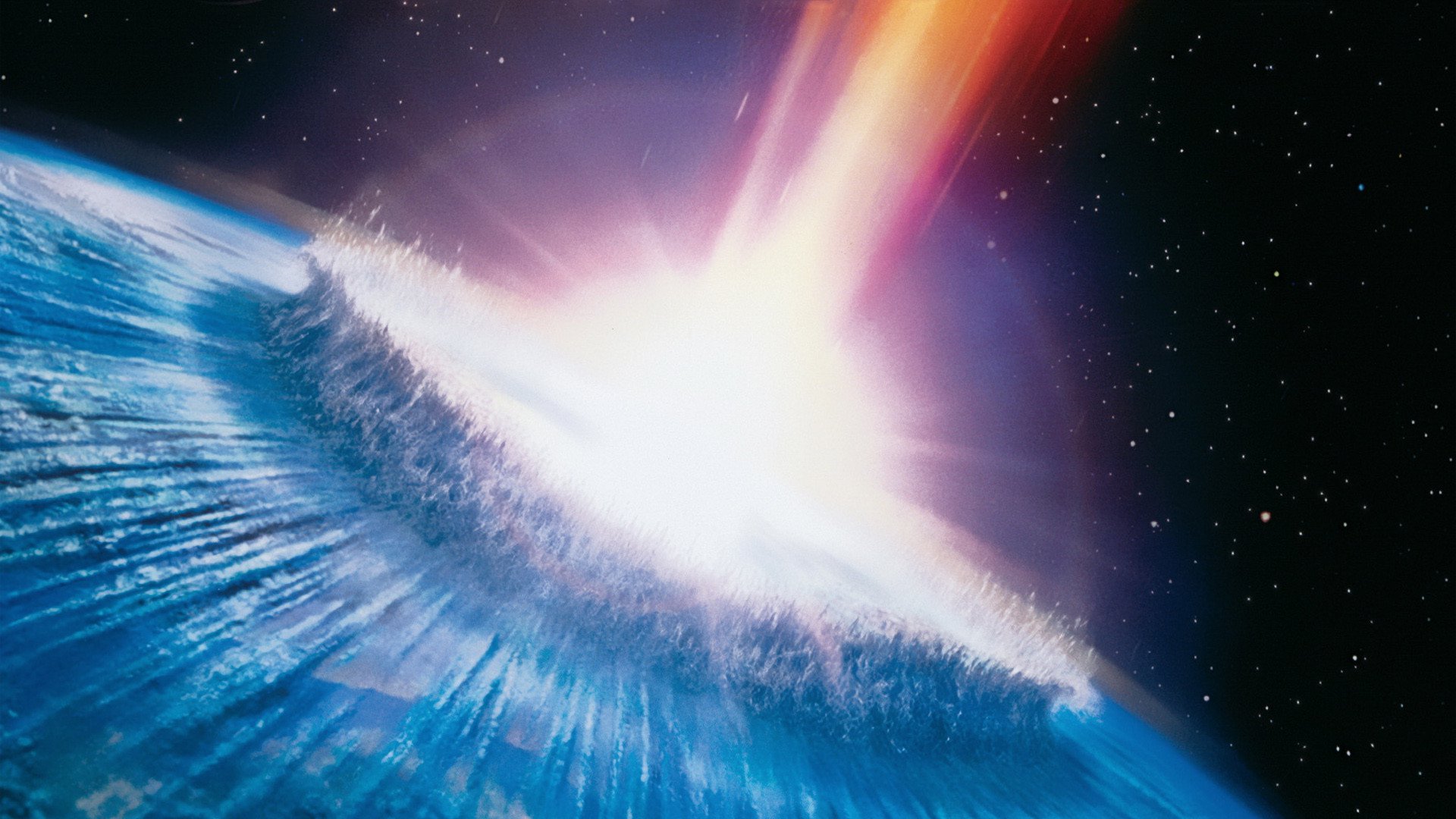 Image is from media company promoting the movie "Deep Impact" which some scientists say is a realistic depiction of the Chicxulub impact that wiped out the dinosaurs.